Champions Of Magic Review
Champions of Magic are coming to a city near you! - Save 25% with Promo Code: TRUST

25% Off Champions of Magic Tickets

Save 25% off Champions of Magic Tickets with Promo Code: TRUST The offer is valid on select seats and while seats remain available. Discount is valid up to 2 days prior to the date of the show.
View 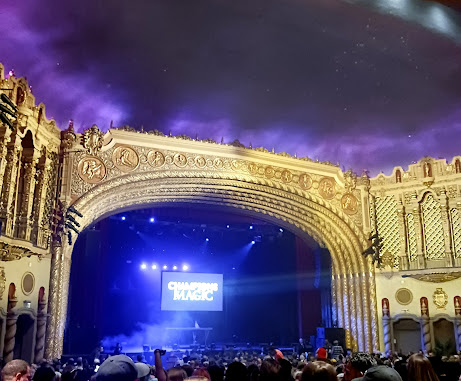 The Champions of Magic are a team of  five illusionists from all over the world who have come together to put on an exciting family friendly show & is currently touring around the US. We received the opportunity to go see them live last Friday when they played here in Phoenix, downtown at the Orpheum Theatre. Ticket prices range depending on the city they are visiting, I clicked on a few of the upcoming dates they are playing and tickets ranged from starting at $29.50 to starting at $40 a ticket so unfortunately I can not provide you with an exact price however I can offer you a discount code for 25% off ticket prices (valid up to two days prior to the show you want to see), that discount code is TRUST. 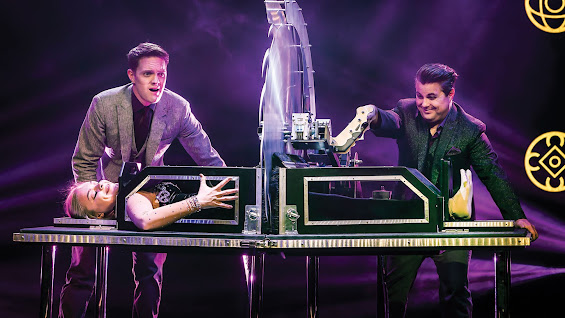 Before getting into our review & thoughts on the actual show, I just want to comment on how beautiful the theatre they performed at is. The Orpheum Theatre is nearly a hundred years old, it was built in 1929 & I had never been to it before now, the inside is stunning & the updated red velvet covered seats were comfortable for the duration of the show. The kids were very excited to go see this show as were we, it is always enjoyable being able to attend events like this that are great for the whole family. 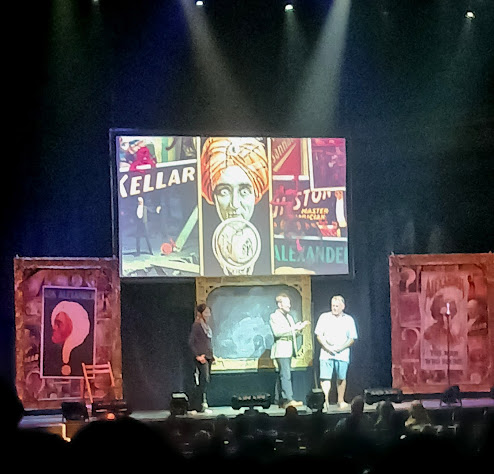 We each had a different favorite part of the show & favorite performer. Each performer had stage time to do an act by themselves & then they had several acts where they worked together. The show had a great mixture of illusion acts, mentalist acts and escape acts. During certain acts members of the audience may be selected to come up & be part of the act which is fun to see and it is even better if you are one of the lucky participants selected to go up on stage. The show lasts for two hours and fifteen minutes with a short intermission to allow the audience to use the bathroom, buy food or drinks and visit the merch booth set up in the front. You'll be enjoying the show so much the time will seem to fly by. 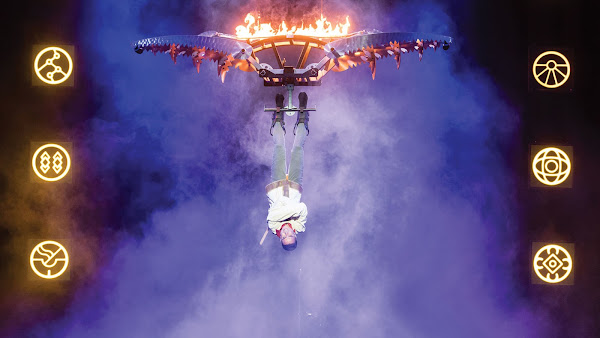 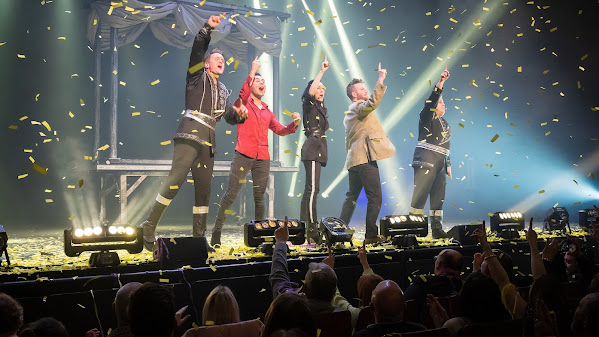 The whole show was a high energy event from the music they played while performing to the performers themselves really getting the crowd into the acts with them. It isn't noted on the tours website, but I would put up a small warning for anyone prone to seizures, through out the show there are a lot of flashes of bright lights, light changes & on stage fire works that are a little intense with how bright they can get when you've been sitting in the dark.

It is one thing to see a magic act on TV, but it is another experience seeing it live & up close. These performers are well experienced and will leave you wondering just how they were able to pull off the tricks right in front of your eyes, they are quick, skilled and engaging. I'd love to go into more details about the tricks they did, but that would ruin the magic of seeing it live for yourself so I won't give away which acts they performed during this show. We had a lot of fun & would recommend this for anyone who enjoys magic or wants an exciting night out with the family.

Disclaimer- The products mentioned above were provided by US Family Guide for the review free of charge no other compensation was provided. However, no product compensation will influence the outcome of any review. My honest opinions are used in all reviews, they are solely my own & they may vary from others. My reviews are posted for readers in order to provide an informed decision before purchase.

Proud Member of The US Family Guide Network